People often use the terms RTL and HDL interchangably.

I see it in a bit of a different way, influenced by Carver & Mead’s book “Introduction to VLSI systems”. It’s more of a design methodology.

For reasons of speed and debugging, it makes sense to split up the data processing into smaller steps and buffer the results in registers (small memories usually made up of a stack of flip-flops). As the data flows between registers, it’s called register transfer level. 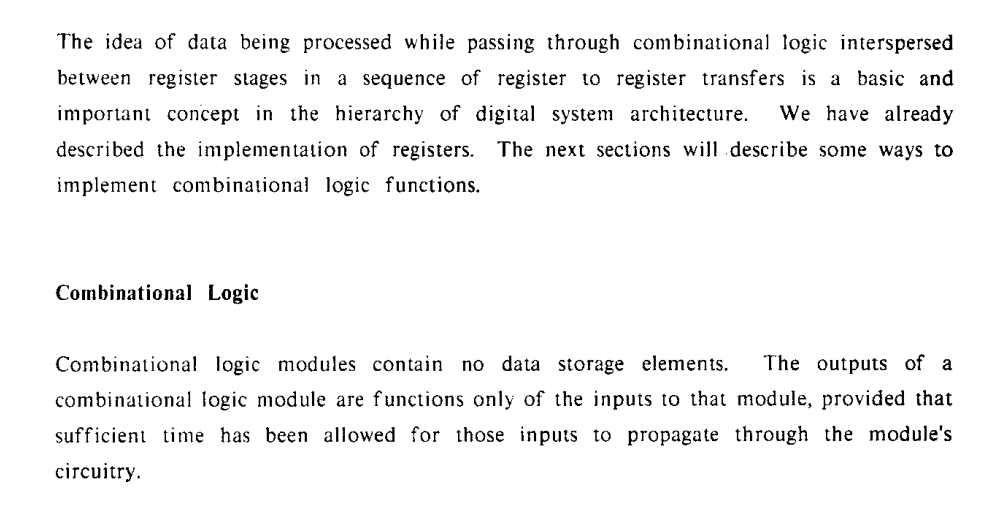 For a different viewpoint, this thread in stackexchange tries to answer the question - what is the difference between RTL and HDL.

I made a video about how flip-flops work, and cover a bit about the difference between combinatorial and sequential logic at the beginning.

Having the formal verification part additionally felt nice, that I could have something that I know is going to be functional instead of just guessing for a long time and then looking at waveforms and then not knowing what hell I'm doing!